Why Product Launches Are Killing Your Course Business

As a Course Creator there is nothing worse than the feast or famine that is product launches.

If you've ever tried to do a product launch following the same formula that the guru's use you'll know it's not as simple as it seems.

(Fact: Most product launches fail if they don't have backing by "the Big Dogs")

If you are lucky your last launch will have made an initial surge of sales but once they've passed... crickets!

In the past I was no stranger to this, I'd launch a course, make sales during the launch... then nothing.

I'd wake up every morning hoping those "autopilot" sales the guru's promised would be flooding in only to find that they weren't.

I almost gave up more times that I can remember, but instead of giving up I decided to change my approach.

If the launches weren't working like they should I'd find a better system.

I decided to focus on evergreen sales by generating initial burst of sales followed by a steady flow of regular sales.

Below you'll find details of the 3 simple processes I use.

I've been creating and selling courses full time for the past 16 years.

Over that time I've tried many methods but found most to be overly complicated.

So I now stick to the simple things that have  always worked.

Let me show you. 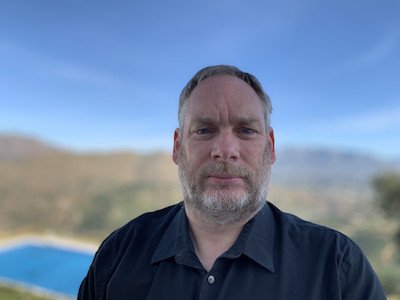 The problem with traditional "guru style" course launches is that it depends on you having a network of high end affiliates and a large responsive list you can use.

Most of us don't fit into that category so we are left struggling to make enough sales to make all the stress and anxiety worthwhile.

Isn't it time you tried something new?

Would you be prepared to give it a go?

It's Time For Something New

If you are tired of the course launch culture, below you'll find a totally different way to sell courses and generate a steady dependable and predictable income.

Sure the those 5 figure launches might feel great at the time but once they are over you have to start all over again from square one.

What if I could show you a better way where you have a steady stream of sales day after day, month after month.

Less Stress
More time to focus on the lifestyle what you want
More engaged clients
A simple scalable system that you can rely on
All that and more is possible if you forget about "guru style" launches and work smarter.

3 Simple Processes You Can Implement Today

These processes really are simple and combined they can start generating you sales almost immediately.

To make the most of these you do need to build an email list (size really doesn't matter in this case,  I keep my list at less than 1000 subscribers)  if you have a list you must commit to building engagement with your subscribers,  it's central to all course creators success.

I don't want to scare you but I know a course creator who said he didn't need to build a list , he went from 100K in sales a month to almost zero overnight.

Now that is out of the way let's look at the 3 processes you need.

Not all potential buyers are equal, so we use our segmentation process to identify those that are most likely to buy, and we market our courses to them.

This allows use to create regular campaigns, that keep sales coming in for  years to come.

It has been shown that it can takes months for customers to be ready to buy from you, if you just market to them when you launch you are leaving a lot of money on the table.

Segmenting your audience allows you to speed up the buying cycle and prevents your subscribers from getting over exposed to your offer before they are ready. 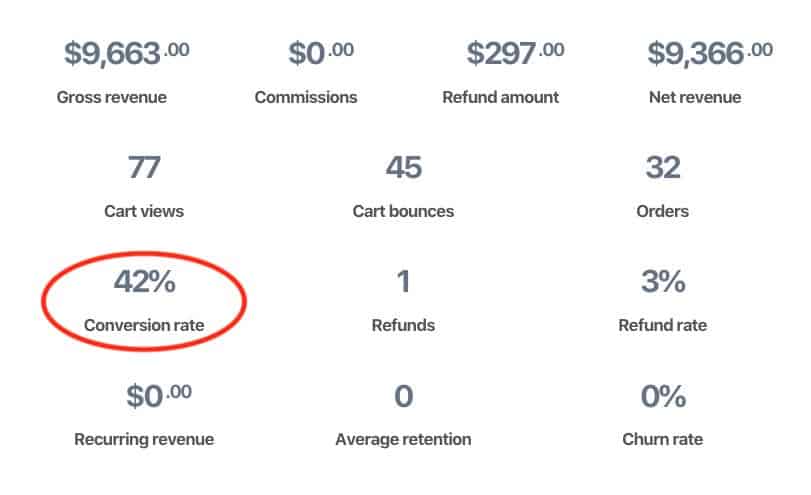 That image on the left shows a 42% conversion rate to a segmented list of just over 80 people. (The refund was someone who bought twice!)

This campaign used Segmentation and Process 2...

When was the last time a marketer reached out to you and asked you about you and your business?

My guess would be rarely if ever.

Simple personalised messages are a powerful tool if they are used properly. They help to keep you "front of mind" they are not difficult to do and they can shorten the sales cycle significantly.

The 3rd process you should implement is automation.  This is what actually leads you to generating <cliche> Sales On Autopilot</cliche>.

Do you think you'd make more sales if you were able to reach out to a customer after they'd vistied your sales page for the 3rd time and still hadn't purchased?

Do you think you would make more sales if you could address your subscribers exact needs rather than a more general approach? 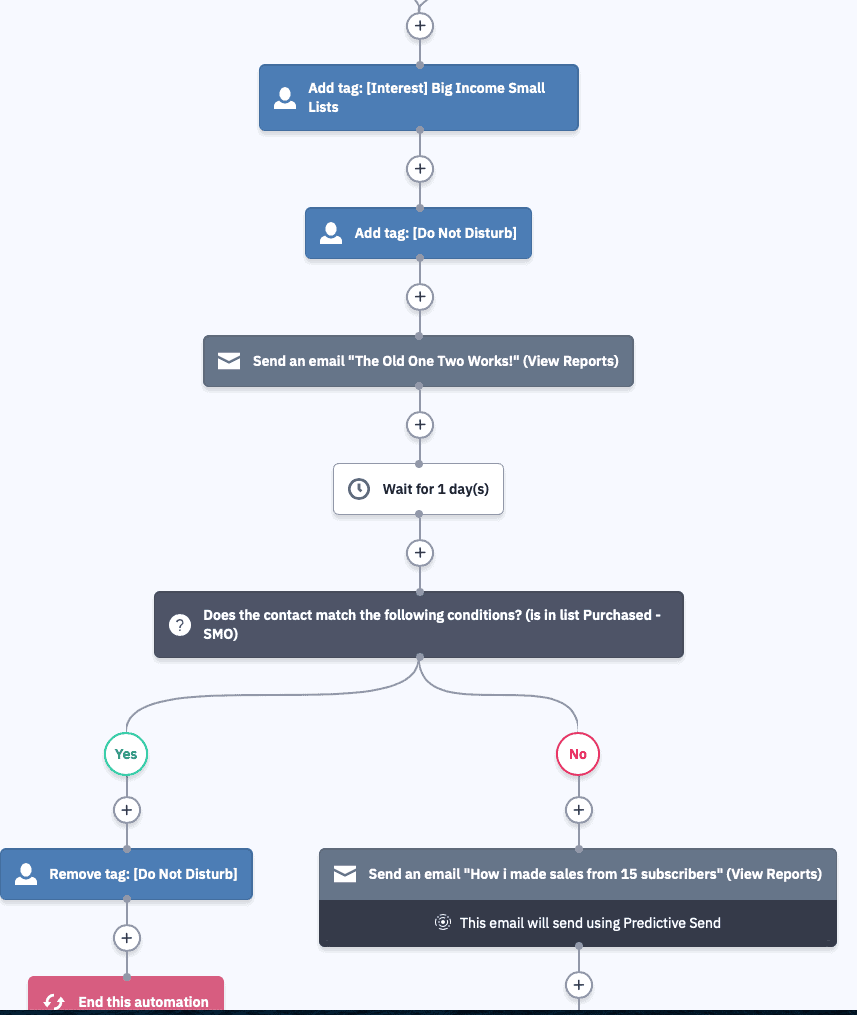 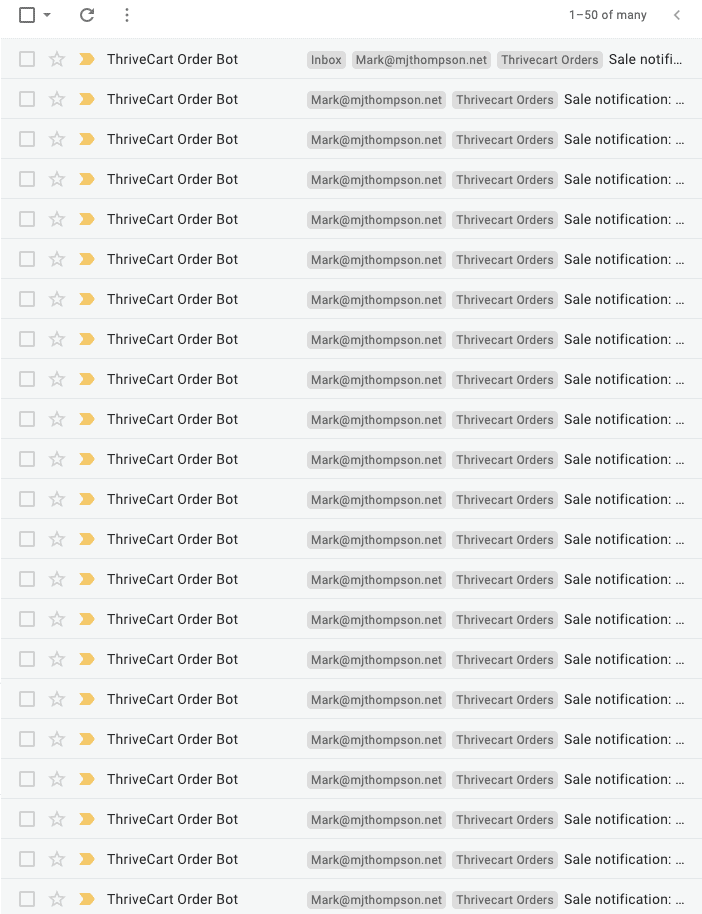 There Has Never Been A Better Time To Focus On Your Course Business.

The average cost of tuition and fees at a private institution is $31,231 a year, which has resulted in a 13% increase over just the last five years

Those figures were compiled before the Covid Pandemic struck, so expect the growth of online courses to skyrocket over the next few years.

People have more time on their hand for self education, learning new skills , looking for a new career.

Everyday are are more and more people looking to improve their lives and their prospects. It's time for you to provide them with the way forward.

The course conversion method is a simple system for using the 3 processes above to generate more courses sales, get more engaged clients and create the lifestyle you want as a course creator.

If you are prepared to take time to implement these processes and to engage with your subscribers you'll create an education business you can be proud of.

Who This is For?

The Course Conversion Method is for course creators who want to generate a long term stable income from their courses.

It's for course creators who genuinely want to help their audience to achieve their goals.

Who Is This Not for?

It's not for "Run and Gun" course creators who want to make a fast buck and don't care about the success of their customers.

It's not for course creators who jump from project to project.

It's not for people who want to focus on 1 or 2 launches a year for their income.

It's for course creators who want to create a loyal group of customers who will be eager to support you.

#2 - Above & Beyond Support Guarantee

There is nothing worse than not being able to implement because something wasn't clear enough.
If you ever have any questions you can email me, log a call or even jump on  live call with me and I'll explain everything & help you to fix any problems you have

#3 Fresh As The Morning Dew Guarantee

Over time the Course Conversion Method will be updated to reflect the ever-changing marketing landscape.

In addition, the course content is regularly reviewed and if anything needs to be updated or changed it is done there and then.

You are guaranteed to always have access to the most recent version.

Get The Course Conversion Method Today